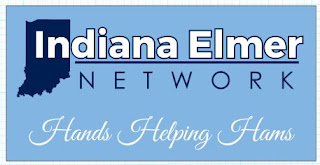 Hello All! I wanted to step away from my adventure up to this point and take a moment to be in real time. After being granted my Amateur Extra license I became a VE (Volunteer Examiner) with 2 groups. WD9BSA Bert Johnson Memorial Amateur Station VE Team and the Indiana Elmer Network VE Team.

Last night the IEN team conducted testing in Indianapolis and we had a 100% pass rate. Four new Technicians received their callsigns this morning, and with inclusion in the ULS on the FCC site, can now legally transmit on the bands that give them privileges.

All these gentlemen took the time to give the General exam a shot as well but none were successful. If you take an exam and pass at that level what do you have to lose by taking the next level? Great job guys!

We also had one gentlemen make an attempt at his General upgrade and was very successful. Congratulations to Cary KC9NEF.

If you are in the Indy metro area and you want to test follow the links above to the two teams and check out our test schedule. Both teams provide free testing so you have no excuse!